Ripened sheep’s cheese
The ripened sheep’s cheese is a product without further processing; it can be consumed by the general population, except for medical contraindications. When the ripening is not prolonged, it possesses a sheep’s typical aroma, ripened in a controlled environment and with a slightly acidulous taste. It presents a thin yellow crust and a soft, buttery paste on the inside. When the ripening is extended, it possesses a moderately stronger flavor, given by the prolonged ripening. It presents a hard yellow crust and a hard paste on the inside.

Pasteurized sheep’s cottage cheese
Produced with the whey from the manufacture of the ripened cheese, it presents a soft ivory white paste with a slightly acidulous taste and a sheep’s typical aroma. It is usually produced without further processing, and it can also be consumed by the general population, except for medical contraindications. 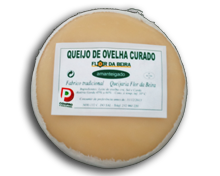 Cheese with a sheep’s typical aroma,
ripened in a controlled environment. 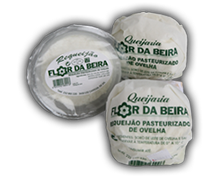 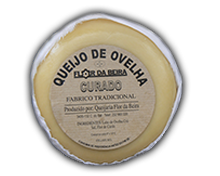 For the discerning consumer and
connoisseur of traditional products. 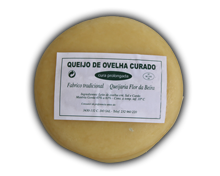 Moderately strong flavor, given by the prolonged ripening..